"learn of the harrowing shipwrecks of this treacherous coastline"

The area of the Great Ocean Walk is rich in history and has had great significance in the development of the state of Victoria and Australia. Not for nothing is this area called ‘the Shipwreck coast’ and reminders of the hundreds of vessels lost along this coast can be found along the walk. Early Explorer Matthew Flinders reportedly said of the Shipwreck Coast, “I have seldom seen a more fearful section of coastline.”

There is evidence too of the original inhabitants of this area, the Aboriginal people who for thousands of years lived what was most probably a good life in a region rich with game and seafood. The Gadubanud (Katabanut) people occupied the rainforest plateau and rugged coastline of Cape Otway covering the present towns of Lorne and Apollo Bay .Gadubanud means literally the King Parrot people.

Cape Otway has many middens which provide an indication of the varied diet of the Gadubanud. Fragments found in midderns include turban shells, abalone, periwinkle, elephant fish, chiton, beaked mussel and limpets. It is known that seals, cape barren geese, eels and ducks were also eaten, along with New Zealand spinach, tubers and berries. The Gadubanud made bark canoes for use in the rivers, lakes, estuaries and along the coast. Records from sailing ships reported Aboriginal people sailing close to shore in this region.

During the 1830s Gadubanud successfully avoided interactions with European settlers. Early squatters thought the Otways were uninhabited and the thick forest was impenetrable to European explorers.  Superintendent Charles La Trobe made three expeditions to try and reach Cape Otway, and on his third attempt in March 1846 came upon seven Gaduband men and women in the Aire valley.

Later in 1846 George D Smythe was contracted to survey the Otways. One of his surveying party, Conroy, was murdered by a party of Gadubanud, although there are no details on whether they may have been provoked in some way. Smythe returned to Melbourne to organise a retaliatory expedition which took place in August 1846. The party, which included several Wada Wurrung people, came across seven Gadubanud at the mouth of the Aire River  and attacked and killed them in what became known as the Blanket Bay massacre. Today the Gunditjmara people are the traditional custodians of Gadubanud lands, although there are Aboriginal people in the area today who trace their ancestry to the Gudabanud. ( Wikipedia).

There is few better places to see shipwrecks than this coast and in fact many of the beaches and coves along the Great Ocean Walk are named after wrecks, like Johanna, Milanesia and Loch Ard gorge-  or of course Wreck beach!

Ryans Den for example, was named after Dr Charles Ryan, who after being shipwrecked in the 1900s managed to haul himself up the beach with a broken leg . He made it over the steep ridge and down to the nearby Gellibrand River, where he eventually he found help.

Eric the Red was a famous shipwreck at Cape Otway. Eric the Red departed New York in June 1880 with a crew of 25, two passengers and a cargo of the latest wonders of the new world to exhibit at the World’s Fair in Melbourne. But the ship failed to pass through the ‘Eye of the Needle’and was dashed on the reef off Cape Otway. Some of the goods washed ashore and were used in people’s houses in Apollo Bay. One of the Anchors of the ship can be seen along the coast still and another was at nearby Bimbi park.

Johanna Beach was named after a shipwreck in 1843 of the brig, Johanna. The local Aboriginals helped the survivors get to Geelong. The ship’s bounty – cases of liquor – were too valuable to leave, but attempts to salvage the booty resulted in several drowning deaths.One survivor of this salvage goes  on to Port Fairy, and gathers together by his description of the wreck and its contents, all the loose fellows in the neighbourhood, who determined to go down to the wreck to get the booze said to be there.

They manage to get there by aid of the local aboriginal people, cut the vessel in half, and one half drifts ashore and breaks up.  They then spend six weeks “spell” drinking, quarrelling and fighting; half mad with the exposure, heat and debauchery. Every man but one becomes blind by the exposure and the fly bites. They returned to Port Fairy led by one seeing man with a stick, or so the story goes!

A few anchors are mostly what remains of these ships. Some have become part of the rock as weathering has rusted the metal and worn the rocks away, burying them in sand. Others like the Eric the Red anchor and Fiji anchor have been set in concrete in a perpetual reminder of the lives lost on this coast.

The Cape Otway lighthouse first came into operation back in 1848 and was built in response to the deadly toll that this coast exacted upon shipping. There were hundreds of lives lost along the Victorian coast as the old sailing ships made the perilous journey from England and found themselves  ‘threading the needle’ between Cape Otway and King Island. Though it may seem like a decent enough gap to get a ship through, when you have sailed all the way across the world and relied on the old instruments of navigation this represented a real hazard to ship Captains. The might of the Southern Ocean is forced through a passage 80km wide, and up onto a continental shelf where the sea bottom is relatively shallow. This can produce some huge swells and treacherous conditions for shipping.

Originally ships had to sail around Tasmania (Van Diemen’s Land ), taking an extra 40 or so days until Bass Strait was ‘discovered’ by Matthew Flinders around 1799 ( after the French explorer Nicolas Baudin) and the new route was used for all shipping headed to the mainland. The cost and heartbreak of the wrecks became intolerable and so the Cape Otway lighthouse was  commissioned

As with most lighthouses nowadays, the Cape Otway one was decommissioned as technology improved, GPS came in for navigation and solar power replaced the need for a keeper to change the lamp oil and ventilate the lighthouse from fumes. In 1994, it became a tourist attraction and today you can look around the extensive grounds and get an informative talk in the lighthouse tower itself. Many visitors make the mistake of not entering once they realise there is an entrance fee involved – it is well worth the money and there are other points of interest besides the tower, not to mention a good cafe with many interesting pictures of old ships and wrecks. 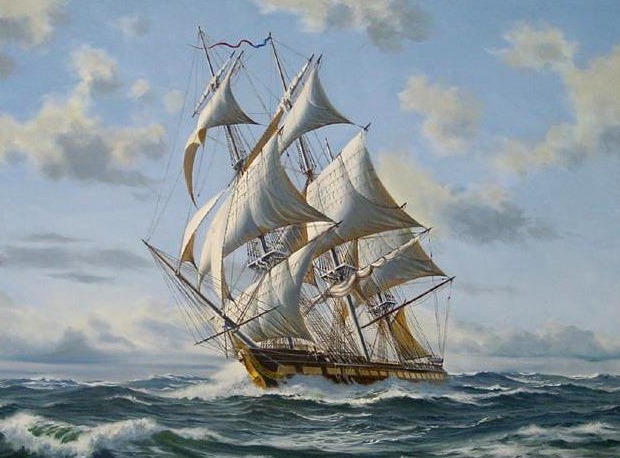 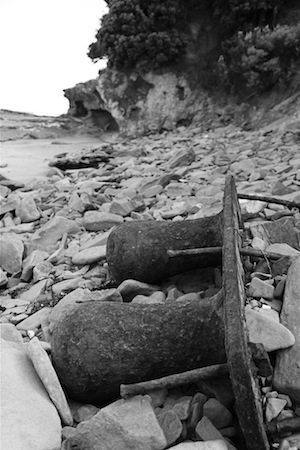 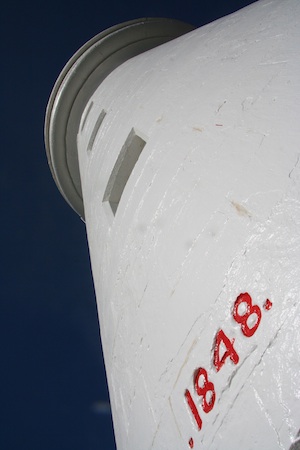