"learn of how aboriginals used this land"

Grass trees were a favourite of Aboriginal people. As a food source, the white, tender sections of leaf bases, the growing points of stem and succulent roots were all eaten regularly. The removal of the growing point was rare as it destroyed the plant altogether. The seeds were collected and ground into a flour to provide dough for cooking a type of damper, within the ashes of a wattle wood fire.

They frequently dug out edible grubs found at the base of the trunk. The grub’s presence could be detected by the observing the dead leaves in the centre of the grass tree crown.

Small sweet pockets of honey could also be extracted from the carpenter bee’s cellular nests, which were often bored in the soft pith of the flower stalk.

To wash this down, the nectar from the flower could be extracted by soaking it in water filled bark troughs, to produce a thick sweet drink. A citric flavoured alcoholic brew could be made from fermenting the nectar over 3 to 5 days. An extra tang was added to the brew by crushing a few “formic” ants into the beverage.

The resin was important for colonists, beginning with its regular use in the early settlers dwellings, but declining in importance as plastics and acrylics superseded it, towards the middle part of the Twentieth Century. These uses included;

Stump: People collected resin from the base of each leaf and used it as an adhesive.

Roots: People living in the Port Lincoln area in South Australia enjoyed eating the roots surrounding the stem base.

The fine hard wood of this wattle made strong spear-throwers, boomerangs, clubs and shields in parts of Victoria. People soaked the bark in water to bathe and soothe painful joints. The inner bark was used to make string. 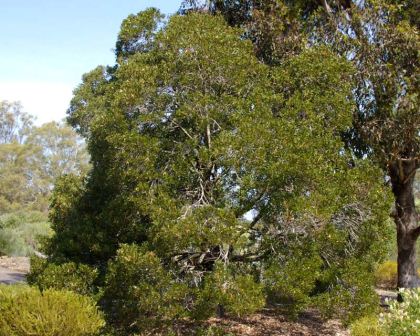 It might look like a small cypress tree, but it has small amounts of sweet, juicy fruits which would have provided a springtime snack. And that’s not all; the sap was applied as a cure for snake-bite. In Gippsland, it provided wood for spear-throwers. 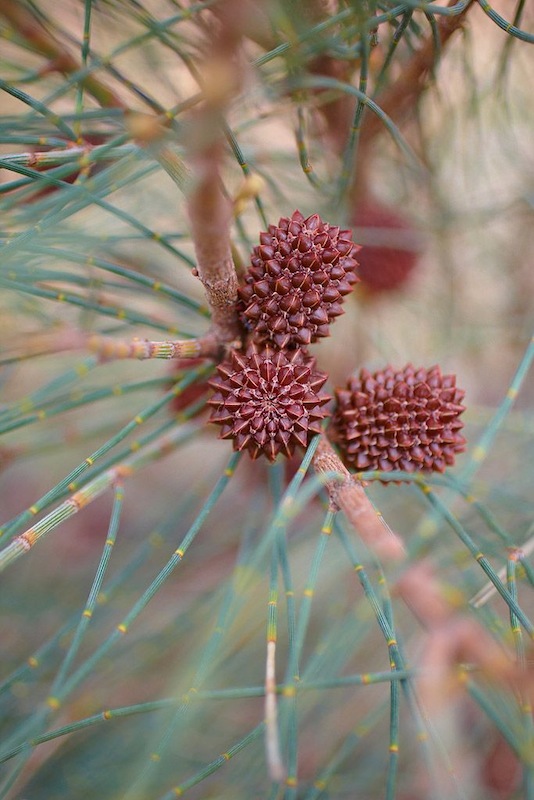 Proof from the past: An old burial ground in central Victoria revealed a Dianella leaf, split and twisted into a cord. In southern South Australia, people boiled the leaves to drink as a tea.

The roots and blue fruits of some species are edible. 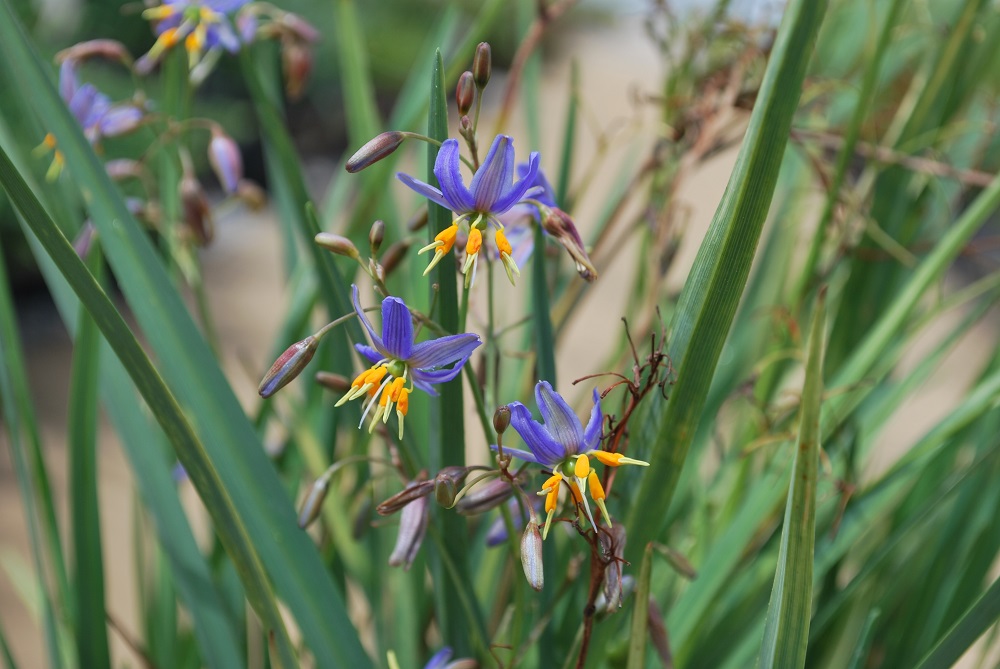 Manna is sap which exudes from many eucalyptus trees, often from where insects have made holes. It dries into sugary white drops which fall to the ground. Delicious!

Bowls and dishes were made from the heavy bark. Those gnarled round growths on the trunk were used as well. The Kulin people in southern Victoria, made bowls called “tarnuks” to carry water. Some had rope handles.

People along the Murray River made canoes from the bark of eucalypts (e.g. River Red Gum, E. camaldulensis). They cut the bark to shape about 3m long then held it over a fire, so that the sides would curl. Both ends were tied with inner-bark fibre rope and wooden stretchers were used to prevent the sides collapsing. 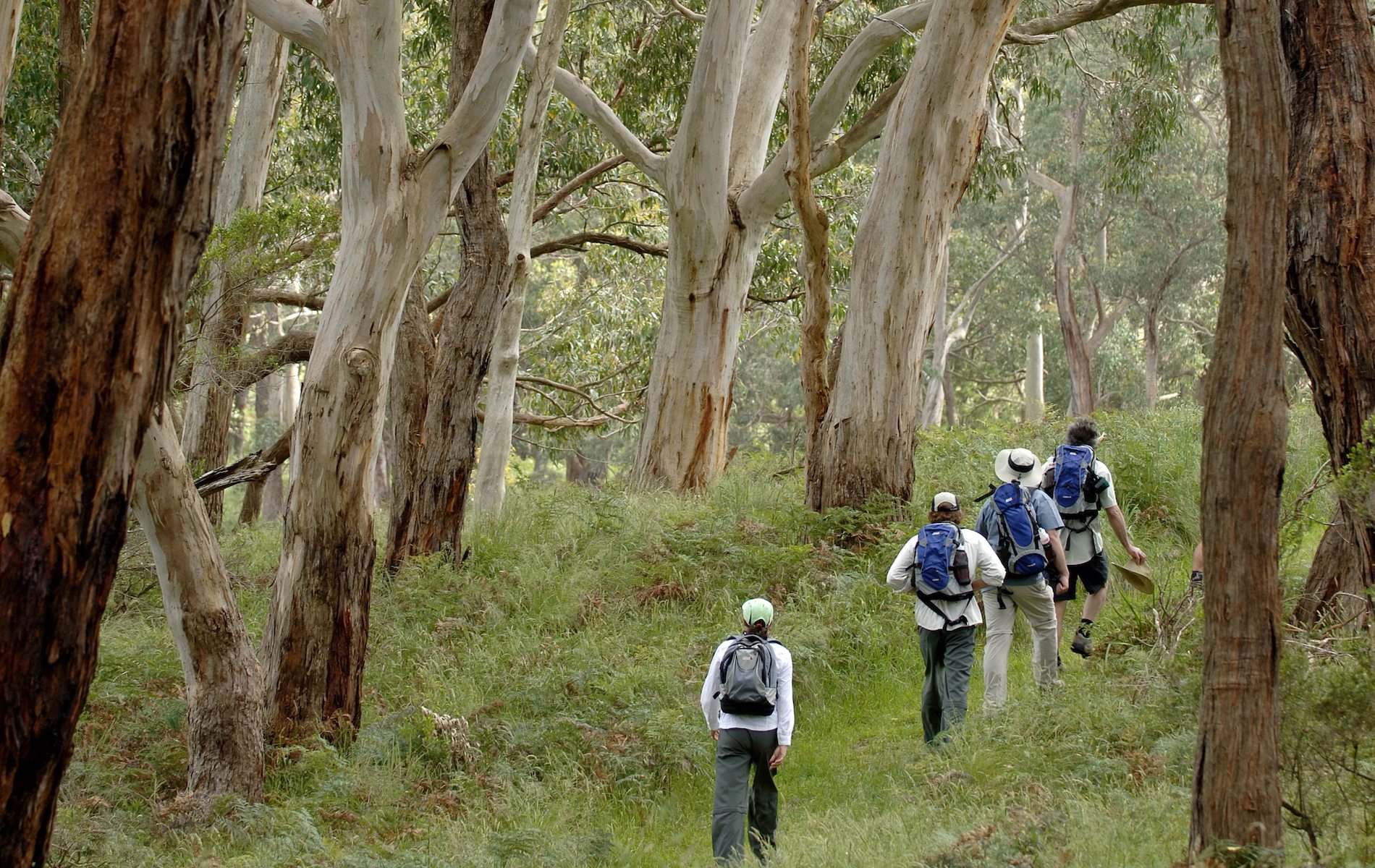 From top to bottom, this plant had many uses. Flowers: People collected nectar from the long flowering spikes. The stalks from old flowers and fruits were used for tinder in making fire.

Flower stem: You can see that the tall brown stalks could make spear shafts. The soft wood provided the base for a fire-drill in making fire.Leaves: The soft bases of the young leaves were eaten. Tough leaves were used as knives. 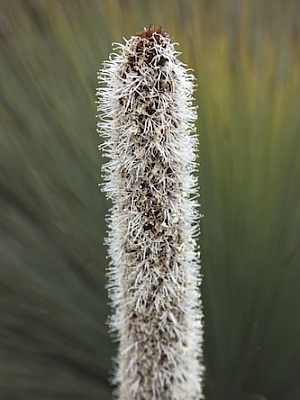 Q: How do you get to taste the sweet nectar?
A: Soak the flowers in water in a bark or wooden bowl.

Q: What could you do with a dry cone?
A: Banksia marginata (Silver Banksia) retains the dry flowers on the cones which some Victorian Aboriginal groups used to strain their drinking water. 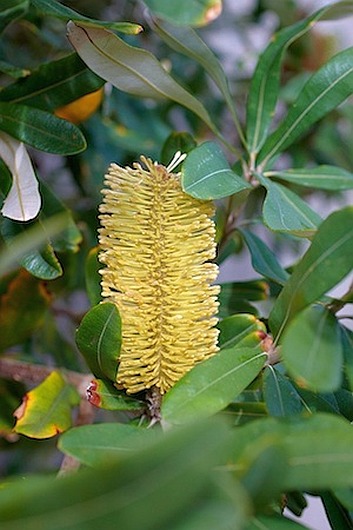 The grass heads are easy to recognise. The seeds ripen in summer and people in the tableland and high country areas of New South Wales collected them in great quantities, to grind and bake into cakes.

Kangaroo Grass was gathered in wooden bowls. The seeds were separated and grinding stones were used to produce flour which was mixed with water and cooked to make damper.

Season: Flowers in spring and summer

We know the bark of the Riceflower as “Bushman’s Bootlace”, but here’s how to make string: Strip the bark, dry it, place in a stream for about one week, dry in sun, soften by chewing/beating with sticks and stones, roll on the thigh and spin into fine, strong thread. During summer, people came to the high country to feast on thousands of Bogong Moths. They caught them in strong, delicate string nets made from Pimelea bark.

People used the soft, starchy pith from the top part (0.5m) of the stem. They split the stem, scooped out the pith and ate it raw or roasted in ashes.

Women gathered the smooth strap-shaped leaves from the water’s edge to make baskets. They split each rush, tied them in bundles to be soaked allowing the fibres to become pliable for weaving.