GEOLOGY OF THE 12 APOSTLES.

It is the unique and dramatic geological formations that  attract people to this amazing coastline. The magnificent Miocene limestone cliffs of the Shipwreck Coast, overlaid by calcarenite and ferricrete, and under-laid by a clay-limestone rock called Gellibrand marl, that inspire the visits of tourists from all over the world. Along the Great Ocean Walk the younger sedimentary strata have been weathered and eroded to form fabulous coastal scenery ­ from great beaches to rugged and colourful cliffs and islands that resulted in numerous shipwrecks in past times. Along sections of the walk such as in between Cape Otway and Castle Cove there are giant calcified sand dunes and if you look upwards on the section before Castle Cove you’ll see fantastically eroded shapes at the top of these sand dunes.

Just after Castle Cove the walk passes the evocatively named Dinosaur Cove and Rotten Point, where in 1984 a dig took place that yielded 80 dinosaur bones in a single session. Work continued at this site until 1994 under the aegis of the Museum of Victoria, and some of those bones are also displayed locally in an exhibit at Apollo Bay. With these digs a  picture has emerged of life over a span of 10 million years in a previously unknown polar world that was inhabited by a variety of dinosaurs along with fish, archaic amphibians, mammals and a bird. This coast was part of the mega continent of Gondwanaland and sat much further south in the position of present day Antarctica. Once Gondwanaland broke up the piece that was to become Australia floated further north to it’s present position. So the dinosaurs that were discovered here were conjectured to be blind due to the poor polar light.

Limestone layers have eroded at different rates to create tunnels and caves as well as spectacular natural structures like The Twelve Apostles and the Loch Ard Gorge. Erosion occurs at a rapid rate as the awesome power of the sea pounds the earth — collapsing one of The Twelve Apostles in 2005 and tumbling the London Bridge rock formation into the sea in 1990.

Created by constant erosion of the limestone cliffs of the mainland beginning 10-20 million years ago, the stormy Southern Ocean and blasting winds gradually eroded the softer limestone, forming caves in the cliffs. The caves eventually became arches and when they collapsed rock stacks up to 45 metres high were left isolated from the shore. View The Twelve Apostles at sunrise and sunset as they change colour from dark and foreboding in shadow to brilliant sandy yellow under a full sun.

Witness the rugged splendour of the famous Twelve Apostles, magnificent rock stacks that rise up majestically from the Southern Ocean on Victoria’s dramatic coastline. 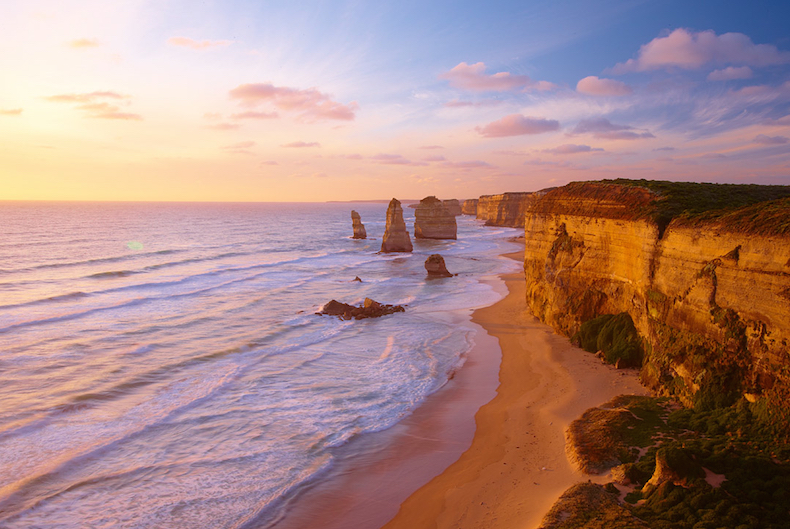 Take 86 steps down to the beach below to be dwarfed by the 70-metre high vertical cliffline. Walk along the beach to the enormous offshore rock stacks – Gog and Magog.
5 kilometres west of Princetown 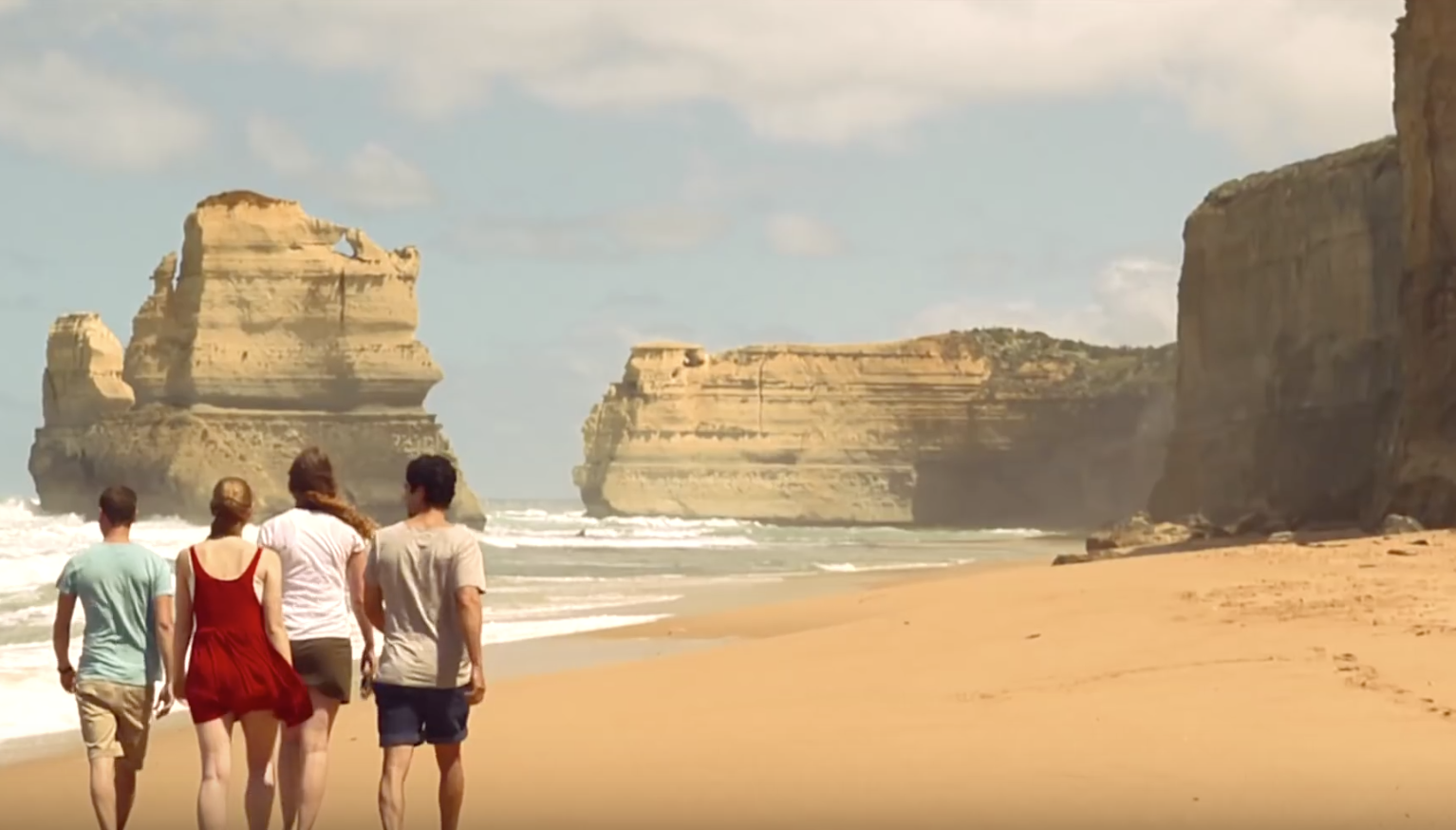 Step down to this geological formation created when sinkholes in the limestone cliffs met with a receding cliff line. Feel the eeriness of the still, clear water of the Grotto in contrast to the ocean.
9 kilometres west of Port Campbell 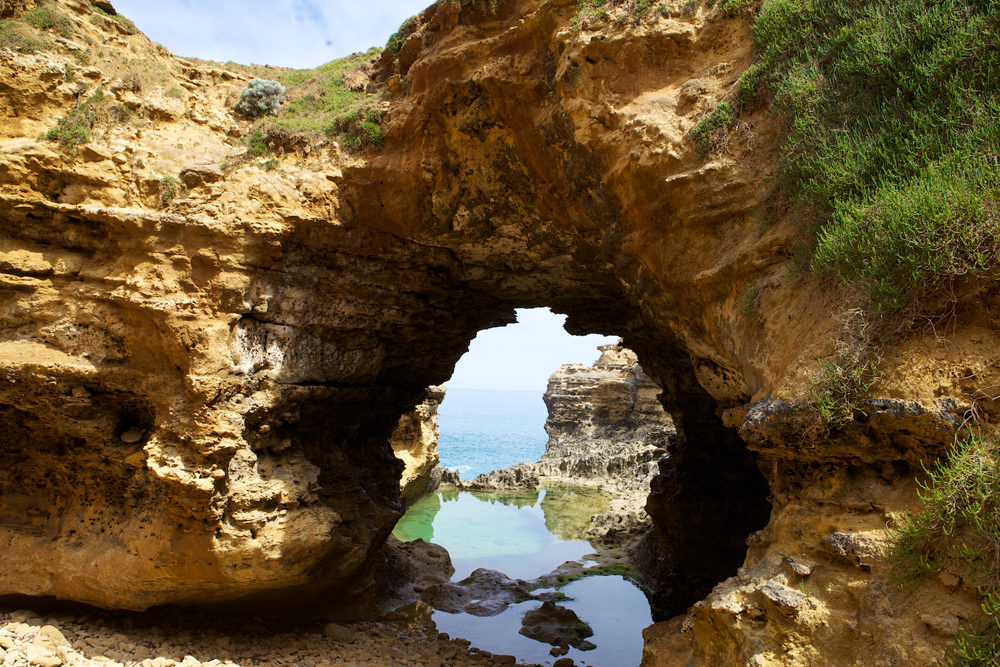 See this natural rock formation formed through erosion, at its best during rough seas when the waves crash in and around the arch. Take in an excellent view back towards the Twelve Apostles. 6 kilometres west of Port Campbell 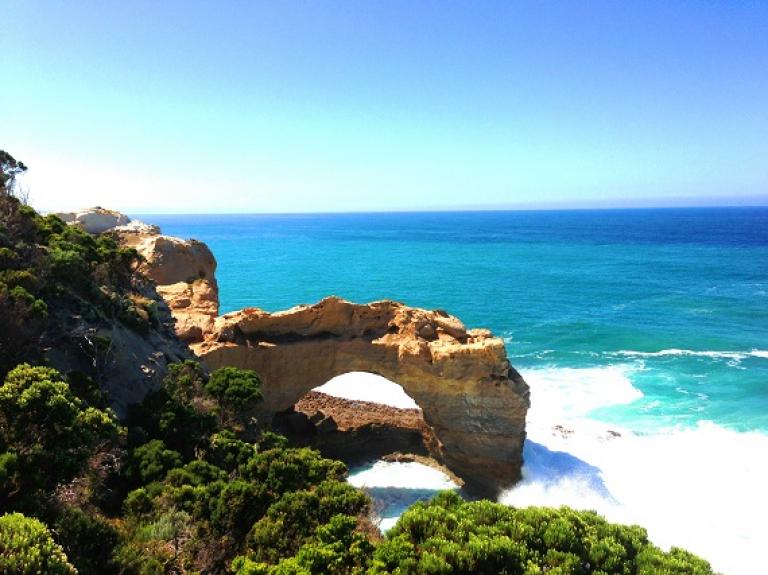 Witness London Bridge, originally a natural archway and tunnel in an offshore rock formation, however it collapsed in 1990 and became a bridge without a middle.
7 kilometres west of Port Campbell 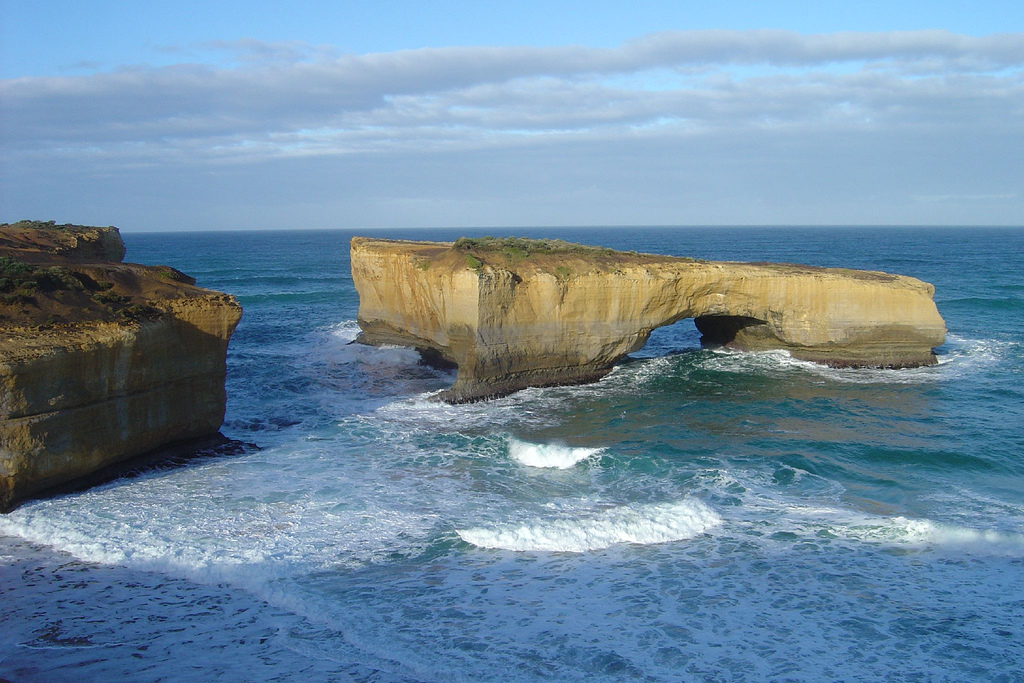 Use the Bay of Martyrs as an ideal place to see the stunning rock stacks of the Bay of Islands nearby. They are particularly beautiful at sunset when the islands and Massacre Point are backlit by the sun.
2 kilometres west of Peterborough 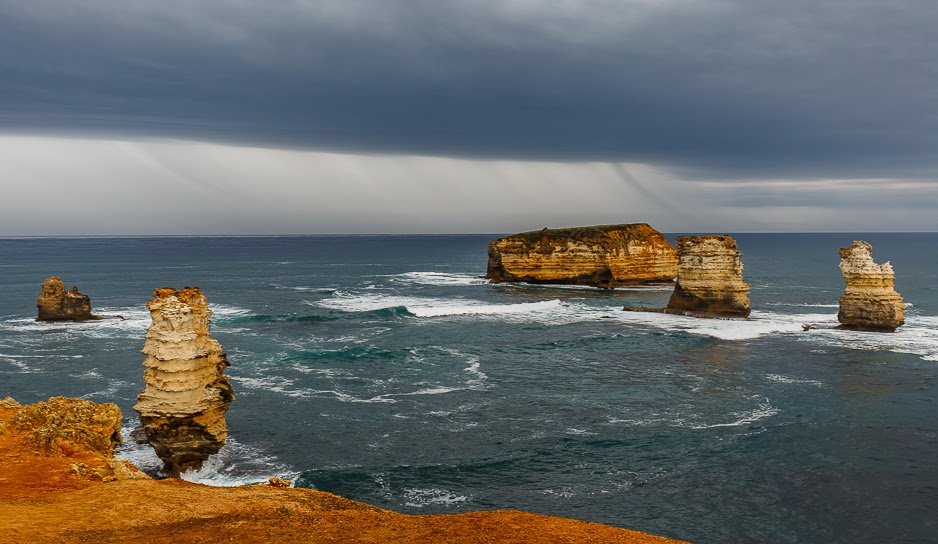 Surround yourself by the rock stacks that tower from the ocean in the Bay of Islands and create a haunting natural landscape.
4 kilometres west of Peterborough 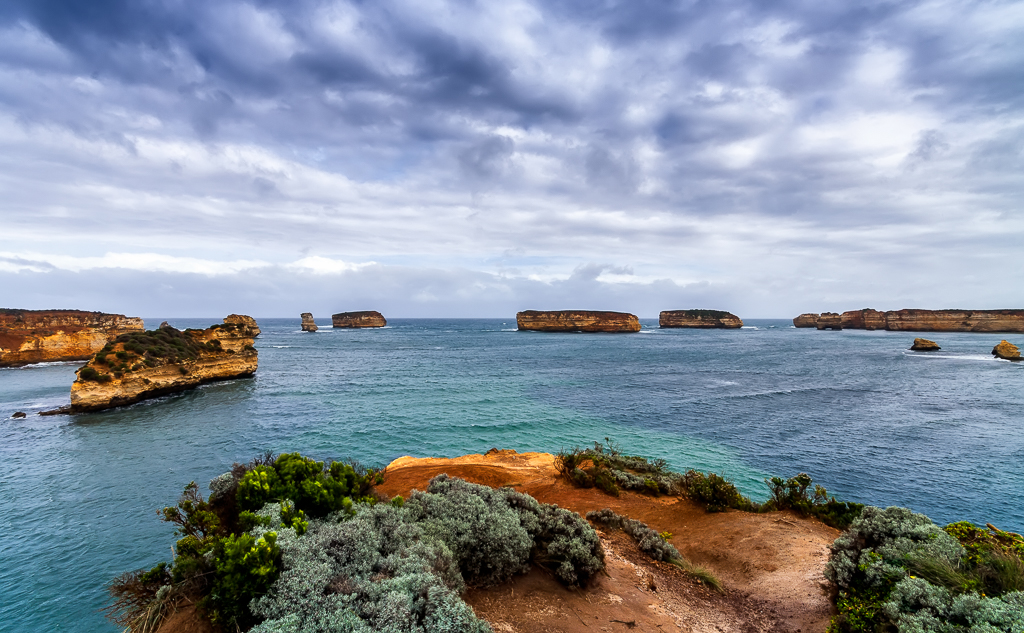